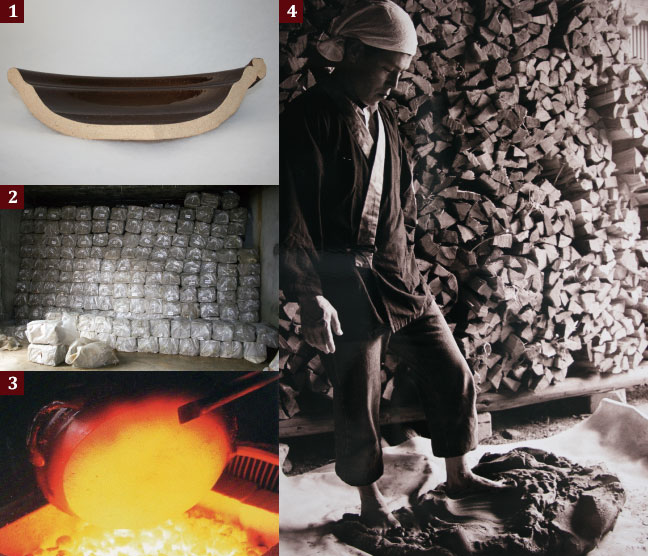 One can not speak of the culture of cuisine of Japan without mentioning donabe, earthenware pots. Called the oldest pottery in the world, it has been produced from the Jomon period of Japan, over 10,000 years ago, until now, the 21st century.

The attractiveness of Donabe is that it has a robustness, while being pottery, that allows for it to be put on a flame when preparing food as well as having a feel and beauty that pots made from metals do not possess.

Therefore, through being a utensil for cooking with superior functionality, it can create a cuisine of rich and abundant flavors, and by serving dishs in it itself, one can enjoy cuisine while also enjoying its beauty as a ceramic utensil that is a work of art.

They have a thickness that of many time more that of a ordinary donabe, are extremely sturdy, and have a smooth finish.

Donabe from Kumoigama are made with a clay that has a hardness and quality that is maintained through being worked by the feet of the craftsmen, and then being stored in a stone hut for many years.

Each donabe uses clay that has been conscientiously produced and each pot, one by one, is brought forth, hand-crafted, with the greatest attention to detail.

There is no other donabe that can handle high temperatures such as donabe from Kumoigama. Heat source: coke 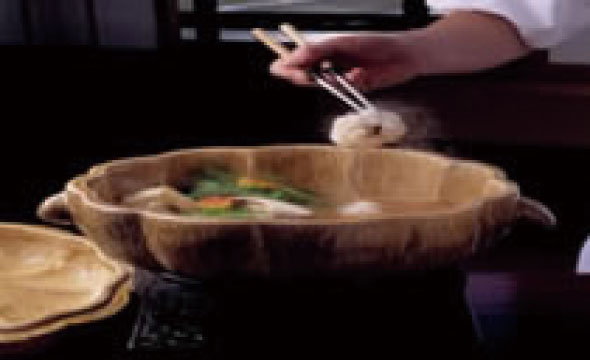 Donabe have an appeal as cookware that is wide-ranging.

By heating at a low-temperature, donabe can bring out the maximum amount of flavor of many ingredients.

Precisely because donabe from Kumoigama are of the highest durability, they are able to gradually heat up food without burning it, and there is no need to worry about damage to the donabe from putting it under a strong flame right away.

Heat is gradually transferred to, not only the bottom of the donabe, but also the sides and lid, so the ingredients are uniformly heated up to their core. 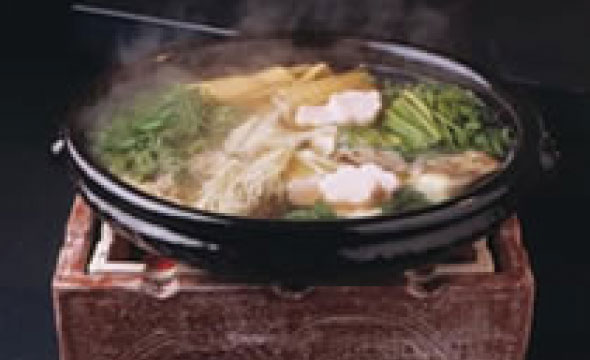 Nabe cuisine is a simple, one-step way to cook where you take ingredients that go well together, put them in a donabe and cook them while sitting around a table.If you prepare the food in the kitchen and bring it to the table, all you have to do is heat it up.

Different from metal, heat doesn稚 escape from a donabe, and so even after you stop heating up your dish you can continue to cook the food, so it is an environmentally-friendly way to cook.

In Japan, it is thought that sitting around a donabe and passing the time together with someone who is important to you is a good way to deepen a relationship. 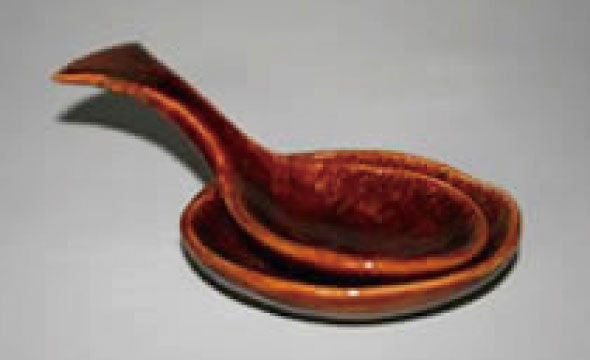 There are many simple variations of dishes that can be made simply by adding a tare, or sauce, and applying heat: sukiyaki, shabu-shabu, tecchiri, and yose-nabe.

There is nothing like, while admiring the beauty and radiance of a donabe, experiencing the amazing smells of a good dish when you take off the lid.

When you enjoying a donabe dish with some friends, with pleasant simmering sounds are coming from it, make sure you use a renge, a ceramic ladle, to dish the food out.

It, like only ceramics do, has a smoothness and warm feel to it. If you have never had it, nabe cuisine will be a new experience that will awaken each of your senses. 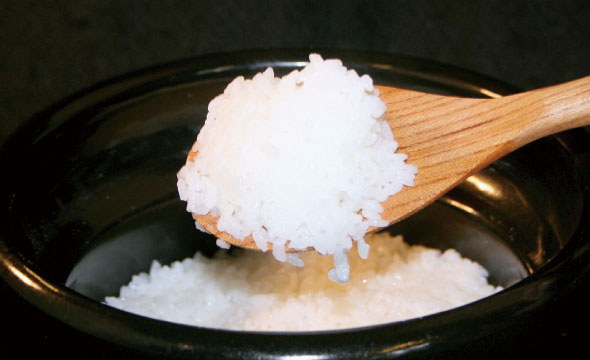 The staple of the Japanese diet is rice, or gohan in Japanese.

Event though electric rice cookers have been around for many years, a good amount of people use donabe to cook their rice.

The reason is, simply, that it is delicious.

The gohan-nabe, or a donabe for rice, cook the rice in a way so that each and every grain of rice is well cooked. Rice cooked in them looks beautiful, has a aromatic smell and an exceptional flavor when you chew it.

Even the underside of the donabe have been glazed, and so taking care of them is very easy.